Getting from San Jose to Liberia (and return) 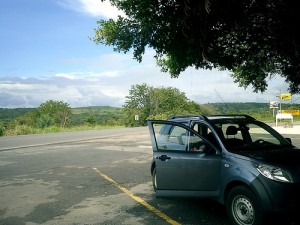 If you are traveling anywhere in Costa Rica, you’ll first arrive in San Jose . The capital is where most likely your flight will land from where you’ll take another means of transport to get to other parts of the country.

Liberia is the capital of Guanacaste province, located on the Nicoya Peninsula. It is the new gateway into the sunny beaches of Costa Rica and is getting more and more popular among tourists from all over the world.

The cheapest but definitely not the fastest way to travel is by bus. Tickets cost about US$5 per person, one way and you’ll cover the distance between San Jose and Liberia in about 4 ½ h.

San Jose is served by Juan Santamaría International Airport (SJO), the main airport in Costa Rica and a hub for TACA/LACSA. It also serves as a focus city for Copa Airlines.

Liberia is served by Daniel Oduber Quirós International Airport (LIR), located about 12 km from the city center. It is the second busiest airport in the country.

Direct flights from San Jose to Liberia are operated only by LACSA. The flight time is 47 min.
During the travel season, expect to pay US$97 per person one way , while return flights start at US$194 per person.

Buses from San Jose to Liberia

Pulmitan de Liberia is the bus company which offers direct connection between San Jose and Liberia. Buses depart daily from 6 a.m. to 6 p.m. from the Calle 24, Ave. 5-7 terminal. The travel time is about 4h 30 min and a ticket costs about US$5 one way. Unfortunately, there isn’t any information on the company’s website and the tickets cannot be booked online.

Driving from San Jose to Liberia

You can rent a car and drive the 207 km between San Jose and Liberia. You should be able to cover the distance in about 3 hours. Along the way you’ll be delighted with views of the Arenal volcano.
Traveling during the dry season is preferable as the unpaved roads tend to be get washed away during the wet season.