Where to Find Prostitutes in Costa Rica 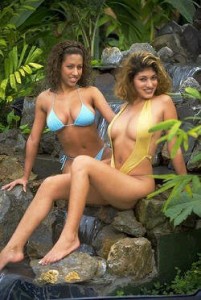 By now, we all know that prostitution is legal in Costa Rica. If you have ever been, you know that in big cities like San Jose, it is hard to miss all the escorts walking around. If you are in fact in Costa Rica and looking to hook up, it can be a bit hard to find the places where the prostitutes hang out. Now you can get down to business sooner, as we have showcased some of the most well known hotels that are popular hangouts for prostitutes. 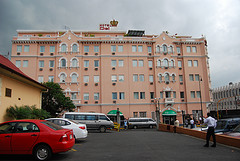 The biggest city in Costa Rica is San Jose—the capital—and it has a number of great spots for those seeking some adult company. The Del Ray Hotel is a luxurious accommodation whether you are looking for a lady of the night or not. If that particular vice is not your fancy, they also host a casino and a night club. Get drunk, lose some money at the slots and find a lovely woman to help ease your pain—it is a one stop sin shop all in some very classy digs. As it is perhaps the most luxurious hotel and one of the wildest scenes in all the country, the girls here are always top notch. With so much invested in just the right atmosphere not just any street walker is allowed into the Del Ray—management makes sure that whoever you end up with, she’ll be a ten (and won’t get you ten to fifteen… or more!). 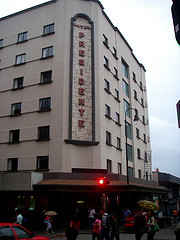 After a night or two at the Del Ray Hotel you might want to go the three or four blocks to San Jose’s other legendary hotel, Hotel Presidente. Like the name suggests, this is an experience that’ll leave you whistling Hail to the Chief. One of the hottest amenities at this four star hotel is a Jacuzzi and spa up on the roof, offering a great view and a steamy spot for meeting the kind of gal you’ve been waiting for. The name comes from the fact that many of the country’s top politicians stay here when in the capital on their business, and as you probably know the power brokers always bring around the best providers. There is only one club at the Presidente, as opposed to the Del Ray’s three, but like the Del it hosts a casino.

The Park Hotel is only barely a hotel—let’s just say don’t book this one for a family vacation. The rooms are provided for convenience, not primarily for lodging. In the lobby bar there is a nightly sex show with half a dozen or more beautiful performers doused in oil by the spectators and performing lesbian sex acts on one another for your viewing pleasure. Once a week they have a blow job raffle which is exactly what it sounds like—the boy with the golden ticket gets to pick one of the ladies to give him a tour of her oral facilities. Drinks are of course available and you can rent a room for the night or for just a little while to take your new friend up for some fun.

While there are few traditional brothels in San Jose, there are a number of strip clubs and massage parlors and women involved in the sex trade lounging at most bars. The Key Largo Bar is actually three bars in one with dance floors and plenty of lovely ladies for your adult entertainment. The Camelot Bar is also legendary with not only booze and babes but also a gym to sweat out all those toxins or pump up for your lady and a massage area if you just want to work out some kinks rather than get kinky. All of these are in the downtown area of San Jose, but you can also check out the Zona Roja (Red Zone) where girls work the street. This area is more dangerous, but the price might better fit your budget. Altogether San Jose is a big city with a hot nightlife and it would be hard to miss the prostitutes in Costa Rica even if you wanted to.

Costa Rica’s second city is Alajuela. The area hosts a number beautiful young ladies, many from Costa Rica, Nicaragua and other Central American nations but also some from as far away as Russia or Brazil. The average price in the area is about average for the country, which is cheap, leaving you plenty of spending money for the room and other festivities. The girls in this spot in the center of big city Alajuela are something to see!

Whether you are playing the slots, tossing the dice and enjoying the scenery at San Jose’s Del Ray Hotel, dancing the night away at the capital city’s Key Largo Bar, getting in a work out and then a WORK OUT at the nearby Camelot Bar or making a trip to Alajuela to take in the sights, sounds, and scintillating sensations; Costa Rica has an adult venue to satisfy you. And as has been noted, be safe, be smart and keep it legal—almost everything is here in the Rich Coast.