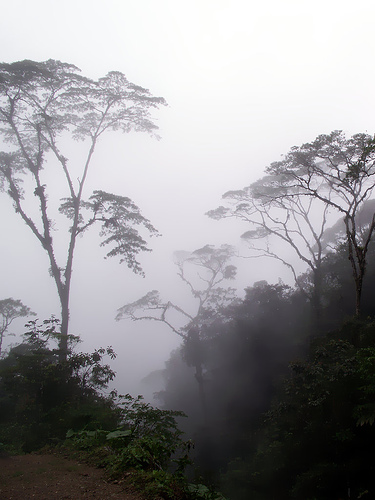 When you are a tourist visiting another country, you can sometimes feel like you are missing something. You have heard so many great things about a particular place, but when you go there yourself, it just is not what you expected. Maybe you simply aren’t eating at the right places or seeing the right things? It can be very frustrating, because you are usually on a time crunch and you want everything you do on your vacation to be magical!

Well, I have always been wary of hiring an sort of tour guide on my vacations. Usually just because I am cheap. It just makes me feel like I have a huge sticker on my chest that says ‘tourist.’ But when you go somewhere foreign to you, especially when you don’t speak the language, getting a tour guide can actually be one of the smartest things you can do. I recently took a trip to Costa Rica and while I really don’t think I could have gone wrong with any activity I chose to do in Costa Rica, we used a tour guide a couple of different times, and they helped to make our trip that much more magical!

It is just a little company called El Aguila Mayor Nature Tours. They do not even have a fully functioning website yet. (Don’t worry; they have fully functioning email and are easy to get a hold of, they just aren’t wasting their time and money creating a web page but instead rely more on word of mouth). The owner, Juan, gives many of the tours, and it is amazing how much he knows about local wildlife, plants, activities and restaurants, and even government.

El Aguila Mayor Nature Tours’s goal is to show you the local’s view of the Costa Rica. These guys know Costa Rica inside and out, and will pretty much take you wherever you want to go! If you don’t know where you want to go, they have plenty of suggestions. They are located in Quepos, which is one of the best tourist cities in Costa Rica.

Before we went on our tour, Juan had taken a different group on a kayak ride and then to one of his favorite local restaurants. We went on a tour of the Manuel Antonio National Park with Juan. His English is really easy to understand, and it was a good thing we were with him! Some of the animals were so well camouflaged that we would have never even noticed them he hadn’t pointed them out to us! He brought a pair of binoculars so that we could see tropical birds and monkeys high up in the trees easier.

At the end of our tour, he also gave us suggestions of places we should eat at and how to get to the best beaches in the city (most of the beaches are rather hidden, so you have to know where you are going). I had been skeptical, but getting a tour with El Aguila Mayor Nature Tours helped us see and experience way more on our vacation than we would have on our own!
Next time I visit Costa Rica, I will definitely use El Aguila Mayor Nature Tours again. Instead of eating food that wasn’t that great and only seeing a few animals in the national park, we felt like we really enjoyed everything we did, thanks to the great insider suggestions Juan had. If you are going to take a El Aguila Mayor nature tour, there are a couple of things I would recommend. First, if you have some at home, bring your own set binoculars. Also, tell your guide if there is a particular animal you would want to see most, because whatever it is, they will probably know where that animal hangs out.